It is the end of the first week in May, and I’m a little disappointed.

My next book (at least in my mind) was to be published NLT (that is military/aerospace speak for ‘no later than’) 15 May, 2016. I’m sorry to say that deadline will not be met. Not for a lack of trying. The current expected publication date will be 31 May, 2016.
We are in the midst of a large restoration project in our home. Of course we have been restoring our 1935 English/Tudor Cottage home for just about all of the sixteen and a half years we’ve owned it. This is nothing new, not at all. But this is just a huge undertaking, time consuming and expensive: all our downstairs original wood floors are being refinished. The downstairs space is at least 1700 square feet. I’m sure I don’t need to say what a huge hit to the budget this is. So, we elected to do it in increments.

That sounds good, doesn’t it? Really smart, financially speaking. In truth it has played havoc with our day to day quality of life. None of 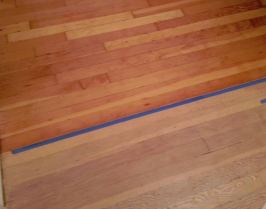 this ‘tough it out for a week and just get it done’. No…Since the beginning of December—after the first segment was finished– our home has been in a constant state of unmitigated chaos. There is so much stuff stacked in the laundry room, you have to squeeze by to open/close the washer or dryer. We had to move out of our bedroom temporarily (into one of the BRs from the first segment) because our room was included in the second segment, just recently completed. Whew!

Of course we have a full bath upstairs as well as down, but while the second segment was being done everything—everything—was out of bounds, if you get my meaning. T 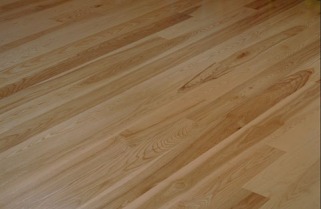 he last segment will include the living room and dining room. Two very large rooms which, thankfully will not impede use of the downstairs (or upstairs) bathroom! I keep reminding myself of how beautiful they are, which they are, and that
it’s all worth it.

All of which is to say, that I got a little behind in my work, frustrated and distracted. My latest book, Gate 6—Murder at Black Oaks is finally in its draft mode. What that means is that I’ve finished the story and it is now undergoing editing and final re-write! It is exciting to have this work completed, albeit a couple of weeks behind schedule.

“Gate 6” is another novel featuring my character Madeline Abbott, which takes place a year after the extraordinary events of my previous book, Unkindness Of Ravens. During the last year, Madeline has tried to move on after losing her mother in the horrific conspiracy and murder at Raven’s Nest. She seeks to renew her relationship with the virile and magnetic Detective Scott Cooper, but even that cannot go right. Nothing is as simple as it looks on its face. Scott encounters trouble of another kind and is forced to make hard choices—the question is: will he make the right one?
Unfortunately for Madeline, she once again gets caught up in a twisted series of events including a con man’s hoax, kidnapping, treasure hunting, a vicious attempted murder and a murder, where she herself is a prime suspect.

The new book is suspenseful, fun and even funny from time to time, of course that depends on the character’s point of view!